2 Seasons In One Take

Aerial video filmed on two separate days at the historic Belfast Castle and edited into one video showing aerial video as our drone camera circles the castle and ending with the colours of autumn changing to winter in what seems like one take.

After scouting the location and doing test flights with the drone camera, the views and camera moves were designed and GPS coordinates logged, and archived to allow the drone to complete the same flight when snow was on the ground.

The two similar shots were blended into one resulting in an aerial video  unlike many other that engaged emotionally and through the multiple social media platforms of online magazine, Bout Yeh. 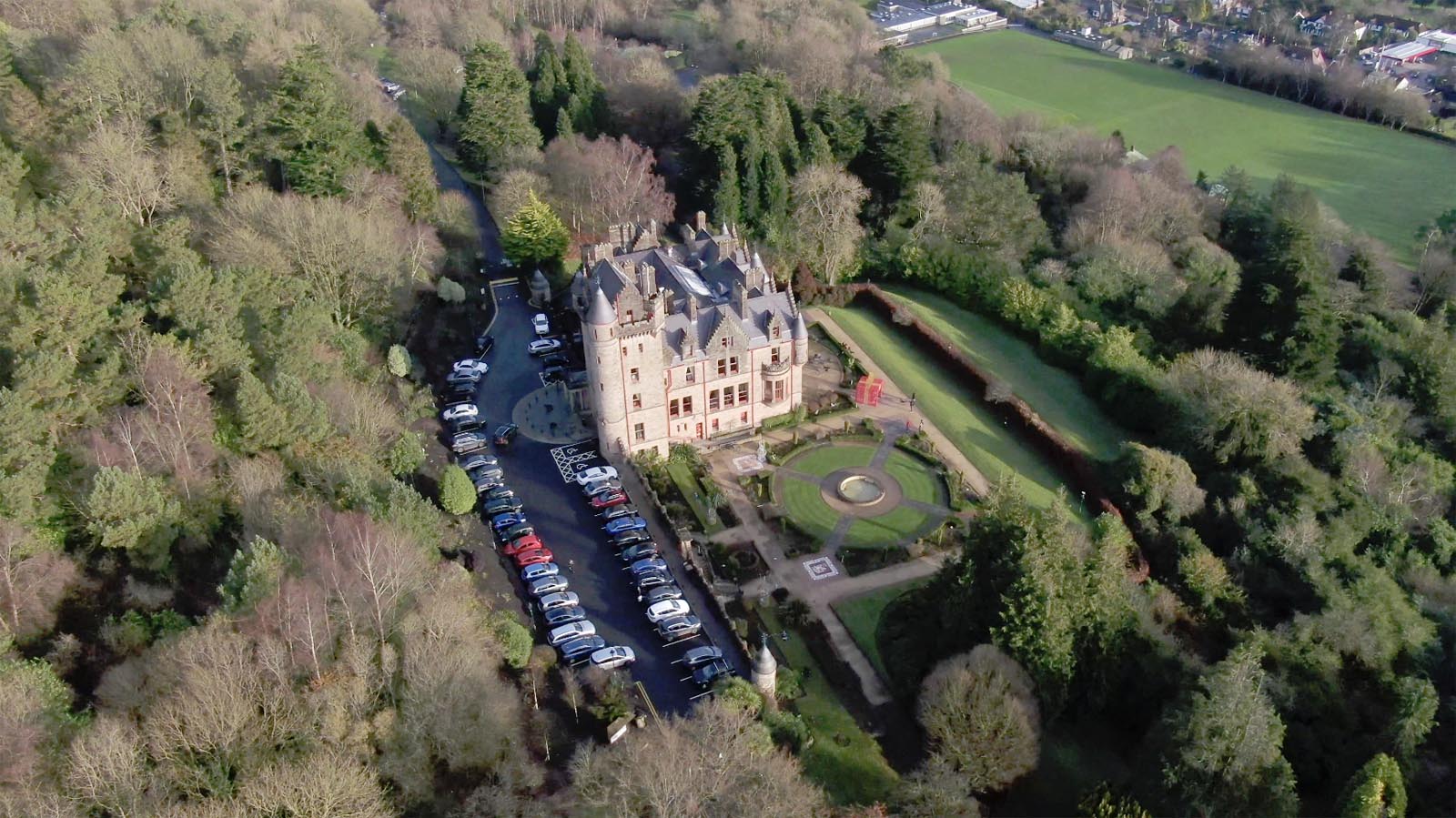 The drone camera begins to move clockwise as it films and reveals the building’s main driveway and carpark.

Autumn changes to winter in video footage that seems to be one aerial video shot, filmed as the drone circles around this historic Irish building. 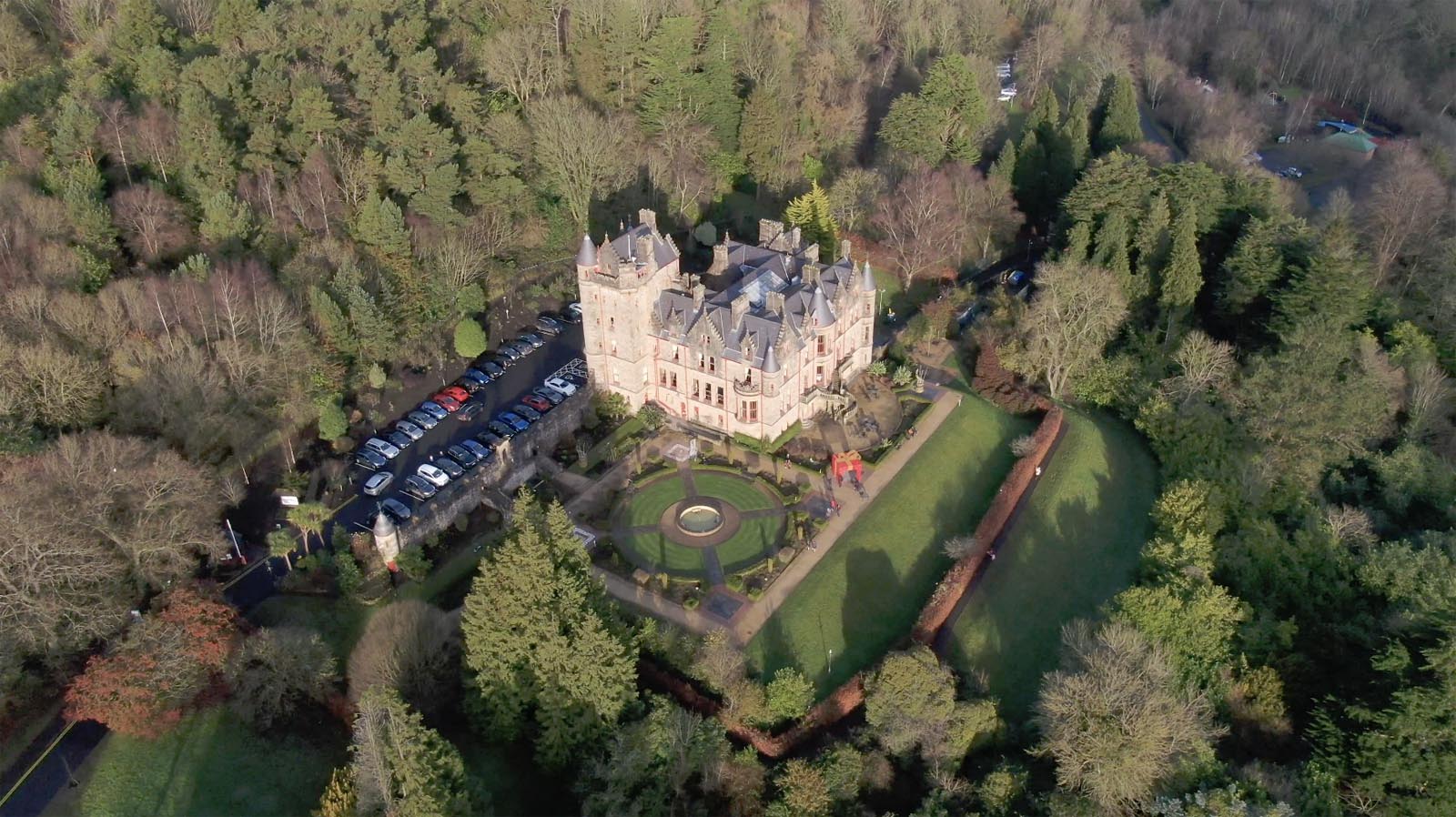 After showing us aerial footage as it moves forward over treetops, the drone camera reveals the grandeur of Belfast Castle and it’s uniquely styled gardens. 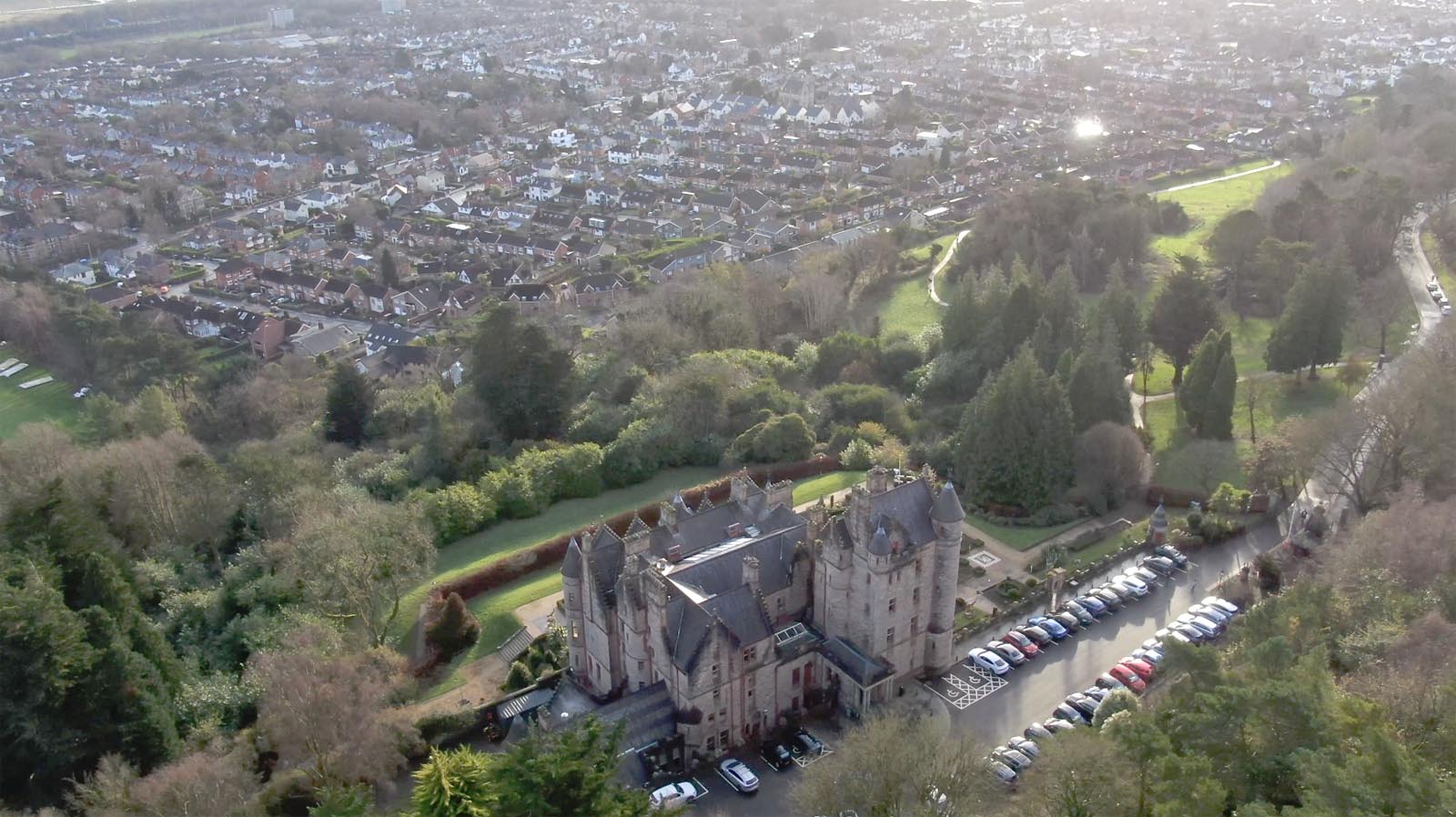 As the drone camera moves behind Belfast Castle, we see the building’s proximity to the city of Belfast. 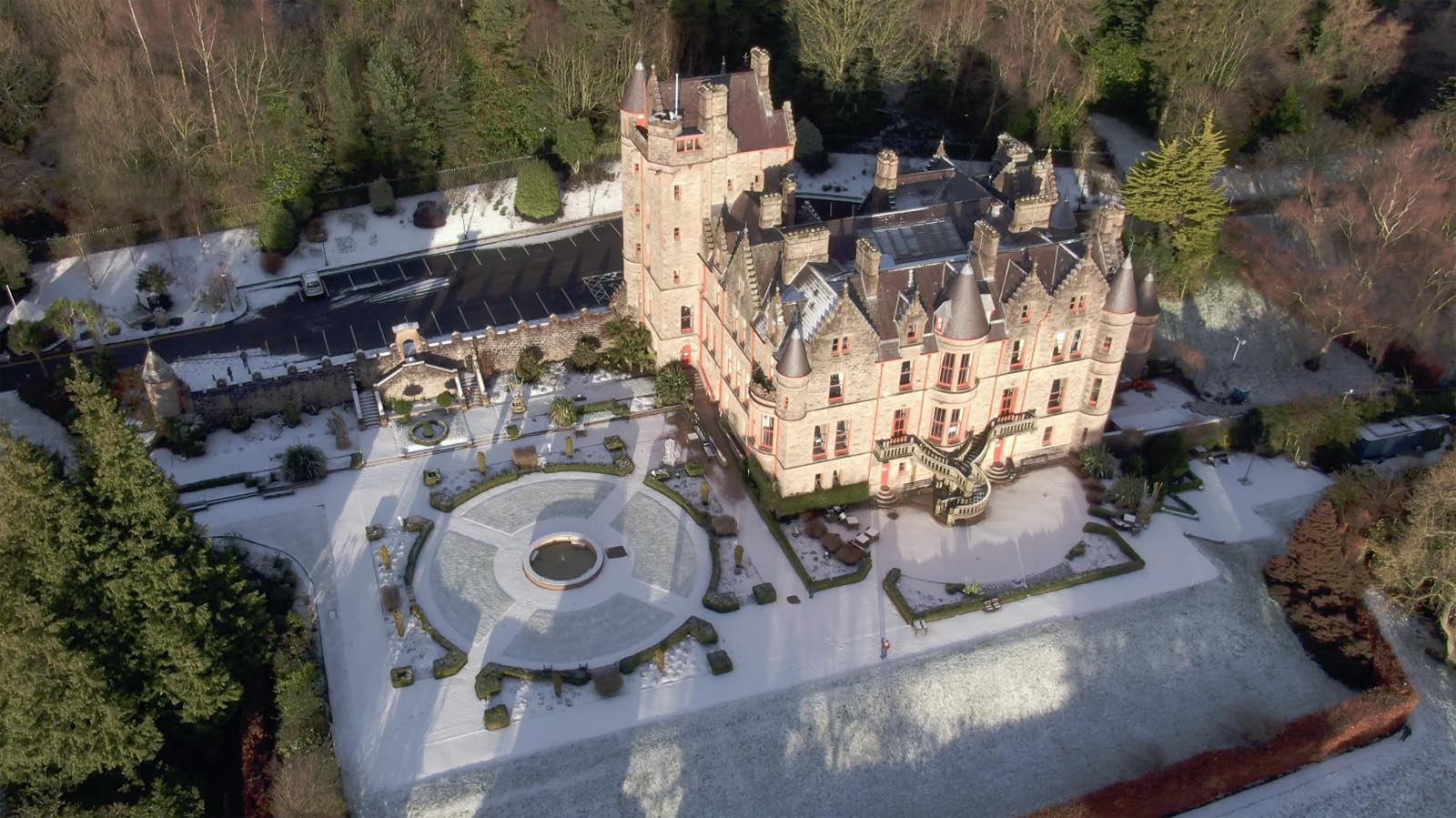 As the aerial camera moves horizontally across the building’s frontage, snow miraculously appears within in the video footage. 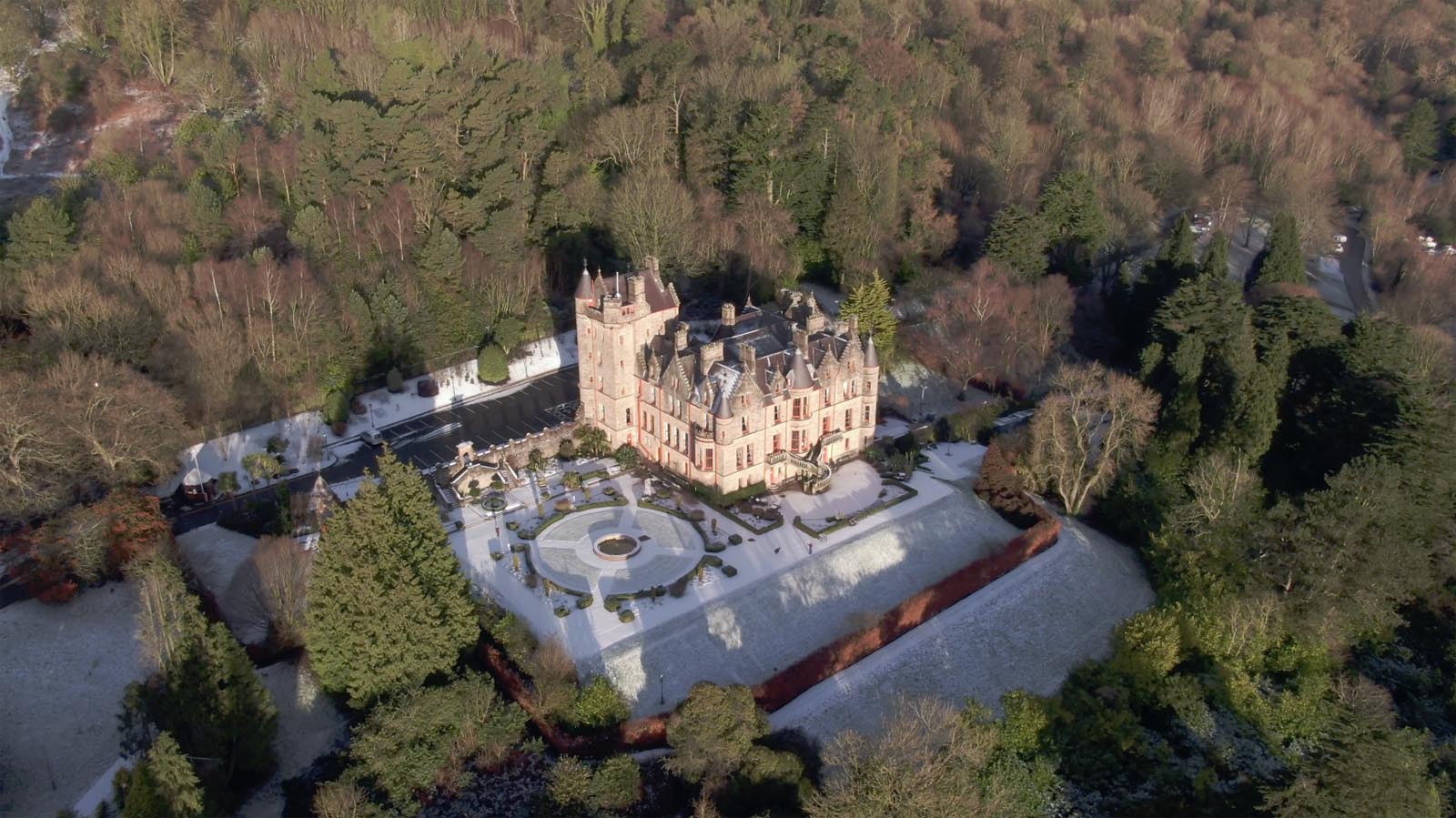 The drone begins it’s ascent away from the castle’s grounds, preparing us for the final view of Belfast Castle in it’s mountainside setting. 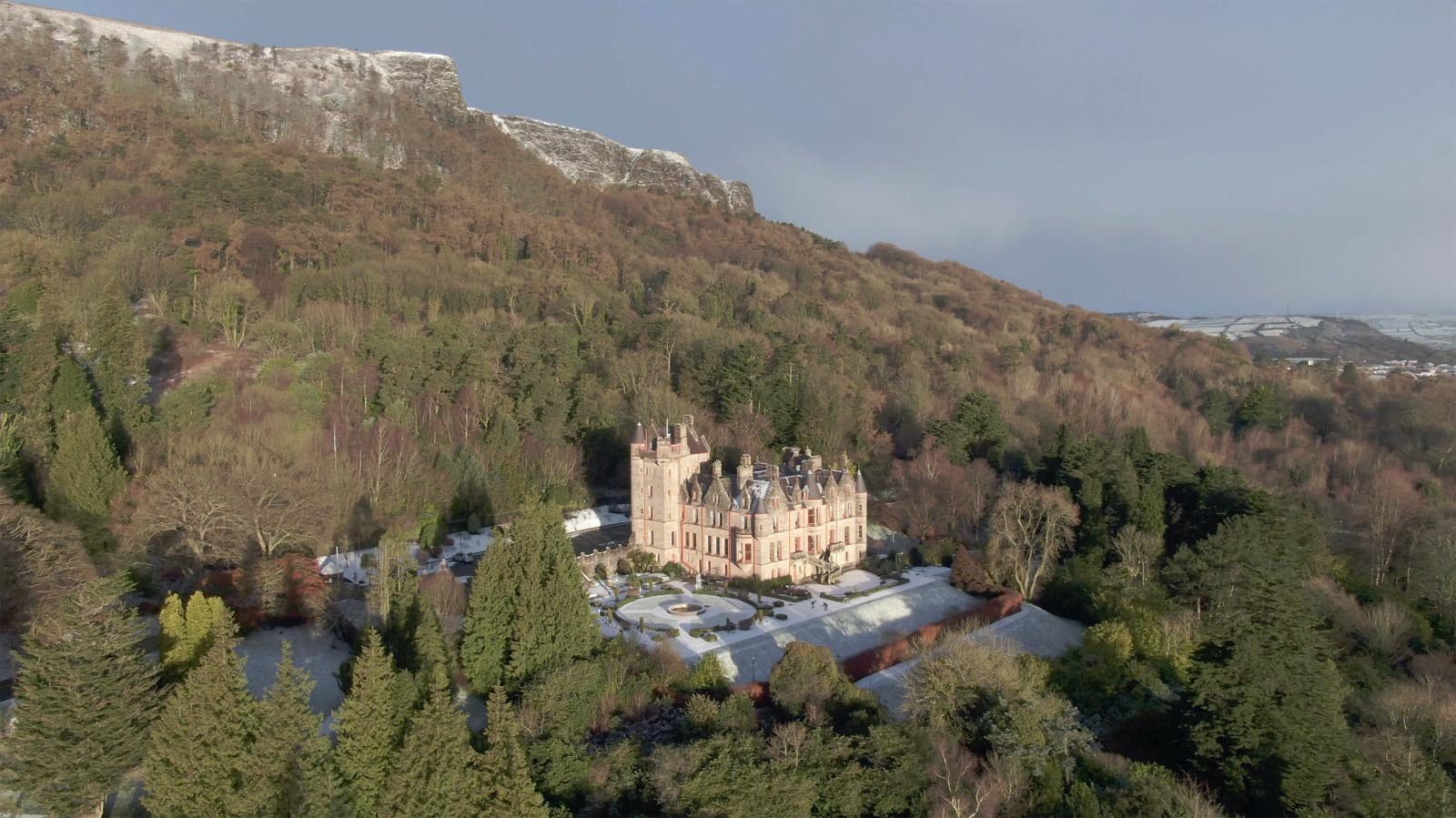 The aerial camera rises skyward and moves away from Belfast Castle revealing the forested foothills of Belfast’s Cave Hill. 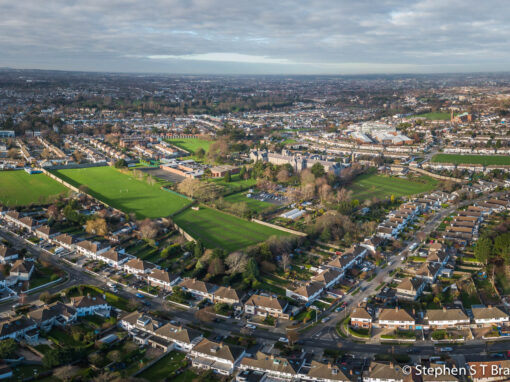 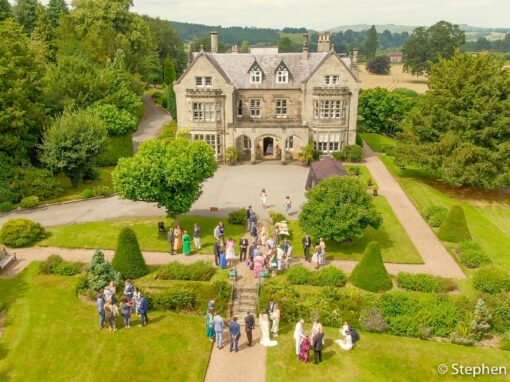 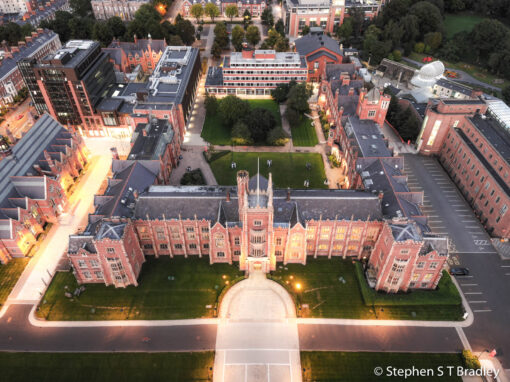 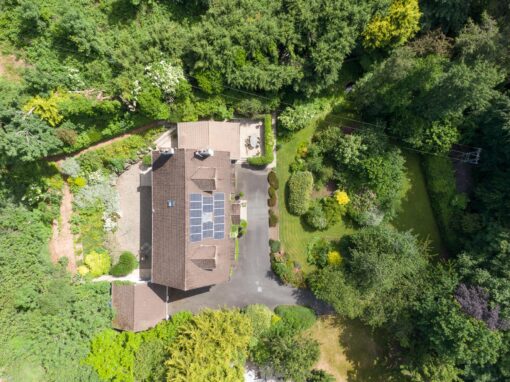 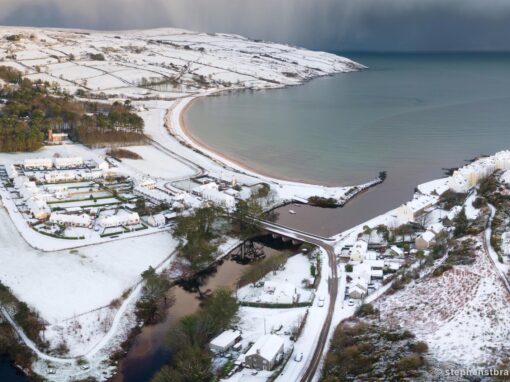 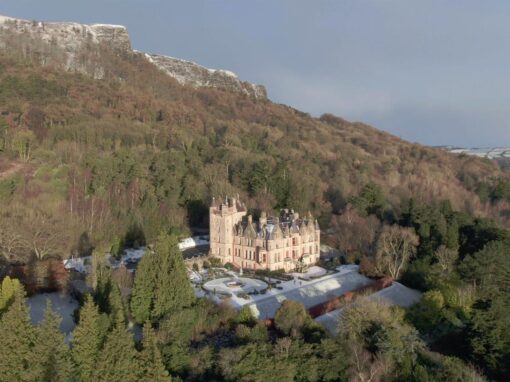 Two seasons in one take 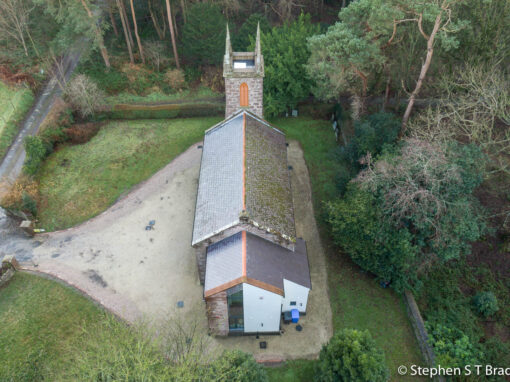 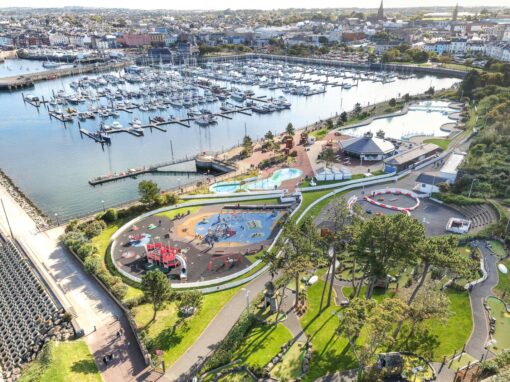 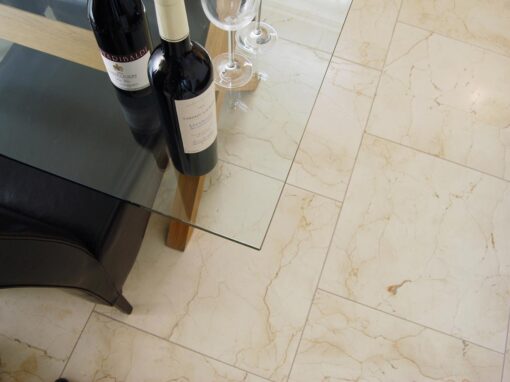 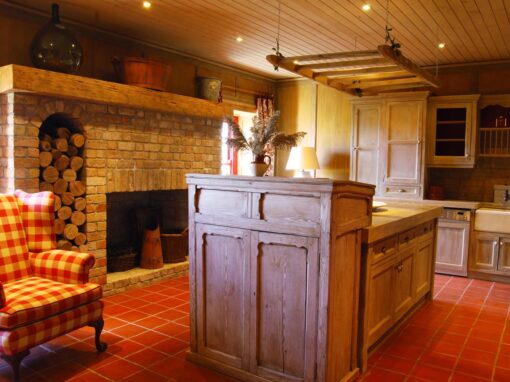 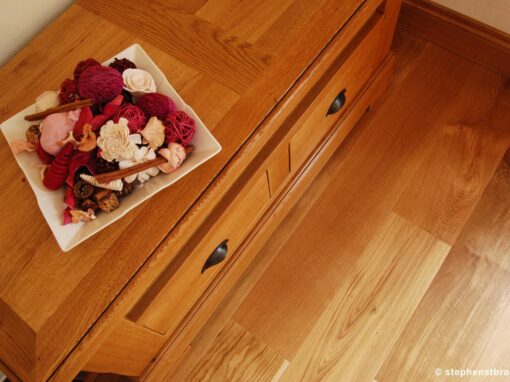 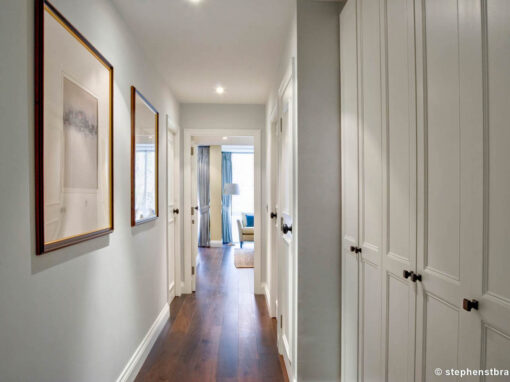 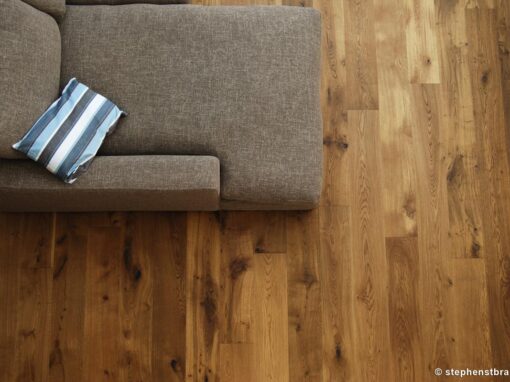 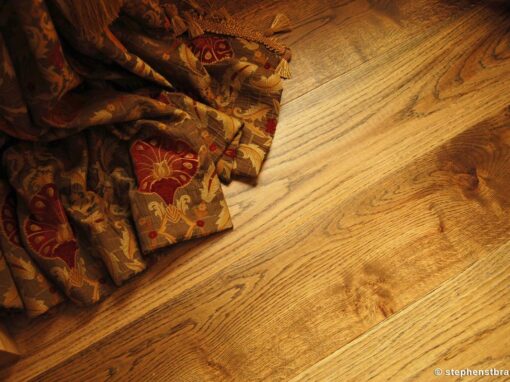